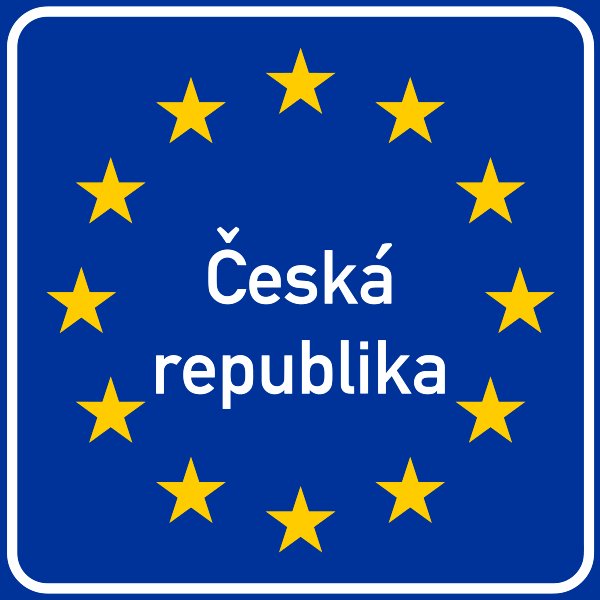 The Czech Elections on October 20th-21st changed the Czech political landscape dramatically. The winner was the recently founded political party ANO, which received 26 percent of the popular vote. After the ANO, three parties gained around 11 percent of the votes, respectively: the ODS (Civic Democratic Party), SPD (Freedom and Direct Democracy Party) and the Pirate Party. Three out of four of these parties can be described as Eurosceptic. This article will explain why Euroscepticism is becoming the dominant political sentiment prevailing in the Czech Republic.

The Czech elections of October 20th -21st were won by the ANO (26% of the votes), under the leadership of Andrej Babis  – a billionaire who is currently under scrutiny for fraud with EU funds. Ironically, while ANO means “yes” in Czech, it’s also an acronym for ‘action of dissatisfied citizens’- a term that characterizes the party’s voters. The party’s exact stance on the EU seems ambiguous. On the one hand, the ANO is a part of the ALDE group within the European Parliament that is known for its outspoken pro-integration rhetorics. On the other hand, the ANO used a lot of anti-EU rhetorics and remarks during its election campaigns refusing to give more national powers to Brussels, rejecting the Euro and a common migration policy (Smotrov, 2017) .

Finishing second in the elections was the ODS. This party can be characterized as soft-Eurosceptic. It uses mainly economic arguments to reject the Euro and any transfer of competence to a pan-European level. In some level, the ODS resembles and  reflects Euroscepticism as it is focussed mainly on the economic gains from the EU. Although the party refuses any further pan-European integration, it doesn’t want to leave the EU (Kaniok & Havlík, 2016). Coming forth, after the Pirate Party, is the SPD. The SPD is a right-wing nationalist party which, ironically for a nationalistic party, is led by the immigrant Japanese-Czech Tomio Okamura. His party is the most Eurosceptic of the list, calling to leave the EU in a referendum (Day, 2017) .

The one trait all these three parties share is they all oppose further European integration. This Eurosceptic mood is also strongly reflected in the latest Eurobarometer of spring 2017. Czech citizens rank second lowest in terms of EU-trust the third most pessimistic about the future of the EU and are by far the most reluctant about joining the Eurozone (European Commission: Directorate-General for Communication, 2017). It can thus be concluded that not only are the parties Eurosceptic, the public also seems to be very negative about the EU as well.

This negative attitude towards the EU seems to be at odds with the economic benefits that the Czech Republic has gained from its EU membership. Since joining the EU in 2004, Czech Republic benefited vastly from EU investments. In 2015, the Czech Republic received almost 6 billion Euro from the EU. This contribution represented almost four percent of the country’s GNI (“Overview of Czech Republic”, 2016). Moreover, Brno, the second city of the Czech Republic, was funded by the European cohesion funds both a   new sewage and water clearing system that made tap water drinkable, and a new tram system which greatly reduced noises as well as funding for most of the museums in the city. These improvements were all the results from EU spending and investment. So, what, then, can explain the rising Czech Eurosceptism?

The first explanation is a cultural-historic one. The Czech Republic has had a long history of foreign rulers, from the Habsburgers to the Soviet-Union. This is also emphasised in the Czech education system. History classes emphasize on the ideal notion of a sovereign, wealthy state that is gradually diminishing through the occupation of foreign oppressors. This creates a discourse between ‘them’ and ‘us’  that highlights the Czech national identity (Muhovic, 2017). Such a nationalist rhetoric provides the basis for Czech Eurosceptics to attack the EU. For example, the former president Václav Klaus repeatedly compared the EU to the Soviet-Union and even instructed Czech military officials to defend their country against unificiation tendencies in Europe (Kirchick, 2013). The history of foreign dominance and oppression is thus easily misleveraged to create fear tactics for any external influence on the state of affairs.

Furthermore, these feelings of oppression may have been further strengthened by the refugee crisis. When the the European Commission increased the refugee intake for Czech Republic (2,691 was the number agreed upon ((Prague Monitor, 2017)) ignited a storm of protest. Media fired at the scheme and politicians were reluctant to show any support for the relocation. After initially taking in 12 refugees the government refused to take in any more due to security reasons (Ibidem). The obligatory refugee scheme could thus have fueled the feeling of oppression versus the European institutions.

Another possible explanation is a lack of ‘socialization’. Socialization could be described as a process of taking over new norms and values (Bearce & Bondanella, 2007).  In the case of the EU, this refers to accepting or getting used to the norms and values of the EU endorses. From 2006 -2013, the soft-Eurosceptic ODS formed a government which was very critical and unconstructive towards the EU. In addition, the presidential office was occupied by the notable earlier mentioned Eurosceptic Václav Klaus (Kaniak &  Majer, 2016).  In addition to his comparison of the EU with the Soviet-Union he also voiced strong opposition towards the EU constitution and the Lisbon treaty, and recently even called for the Czech Republic to leave the EU (Hunt, 2017). Both the government and the president thus applied a critical stance towards the EU. Citizens will most of the times hear about the EU in a negative context and won’t get familiar with its values and norms. The outspoken critical approach towards the EU has therefore resulted in a lack of socialization, resulting in the failed acceptance of the values and norms of the EU.

It remains to be seen how the Czech Euroscepticism will develop. A historic-cultural feeling off foreign oppression fueled by the refugee crisis and a lack of “socialization” or, a lack of understanding and interaction with the EU have resulted in an outspoken Eurosceptic election outcome. The coalition partner or partners of the ANO will play a major role in the EU-Czech Republic relationship. The current state of coalition talks seems to hint at a minority government that will leave more power to the parliament and could make the EU an easy-to-hit target. Although this might please the voters, there should also be a warning for the Czech Republic. With the idea of a multispeed Europe gaining more ground it could risk to be drifting further and further away from the core of the EU resulting in less influence in the decision-making process. A multispeed Europe could create a group of “Premier League member states” who take the initiative and move towards more integration. Therefore the question should be asked if it’s really in the interest of the Czech Republic to settle for a place in the “Championship.” Only time will tell.

Date Pijlman is the 2017-18 EST Ambassador to Czech Republic.