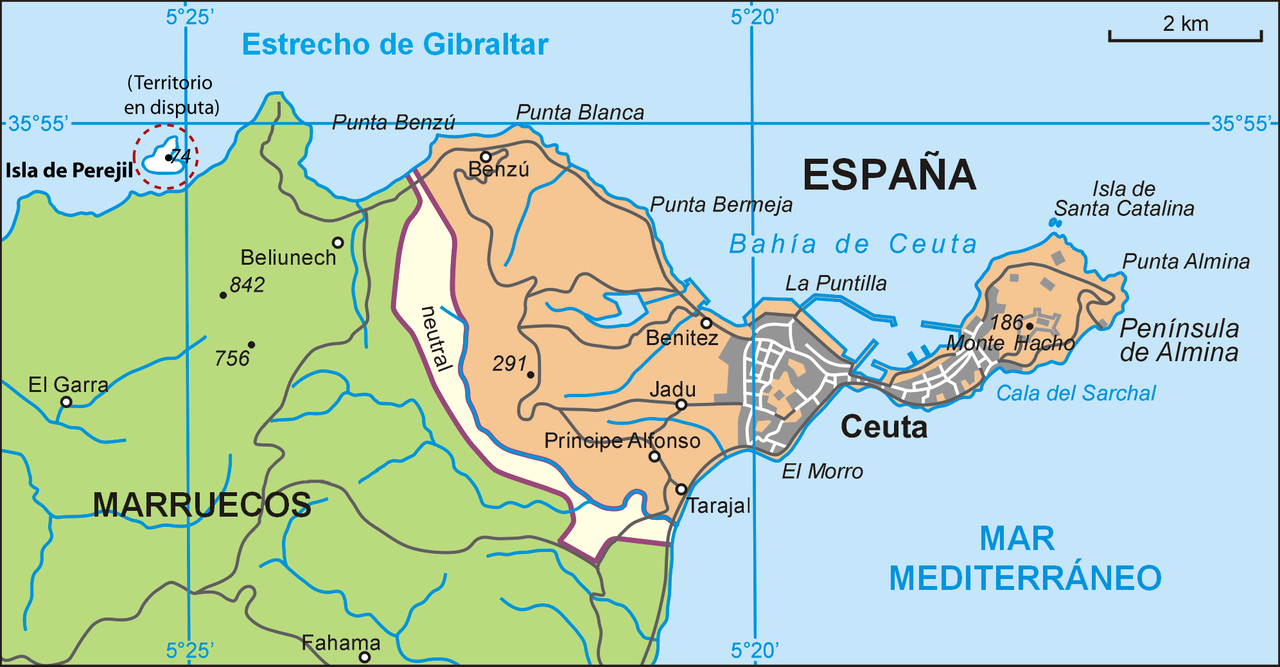 By Rodrigo Quintas da Silva, student of International Studies at the ISCTE-University Institute of Lisbon and intern at Contraditório Think Tank

In the last few years, Spain has reinforced its military presence in Africa, especially in the north, Sahel, and western regions. The Spanish move to Africa may be primarily explained by the country’s economic interests, but also through its influence in Africa regarding homeland security. These regions contain many natural resources, mainly energy resources, which will be important for the country to face future challenges concerning energy security, especially after the Arab Spring’s turbulences. Immigration issues and domestic political affairs can also explain the Spanish choice to look further South. Half of the threats to its national security and sovereignty come from the Sahel region. Therefore, Africa has become a new strategic area for the future interests of Spain.

First of all, the historical and economic ties that Spain holds with Northern Africa, especially Algeria and Morocco, now tend to extend further South. The Sahel and Gulf of Guinea regions in particular are now important spots for Spain, committed to diversifying the Spanish market and thus preventing geopolitical instability that may harm its economy1. Undoubtedly, the priority in establishing new economic ties is given to the energy opportunities in the countries present in these regions. After the uprisings during the Arab Spring, it is essential for Spain to guarantee that its energy supplies are not negatively affected (considering what happened, for example, in Libya). In this context, reinforcing its relations with Algeria, Morocco or Nigeria, recovering its former bilateral trade levels with Lybia dating back to the period that anteceded the Arab Spring, and trading with Equatorial Guinea was crucial. The Spanish company “Repsol” started to invest in Equatorial Guinea early in 2009. From the gas suppliers’ side, Egypt emerged as the most important actor, in contrast with Algeria, historically the most common supplier to Southern Europe.

But assuring the Spanish economic interests requires the implementation of the necessary structures to secure them. It is that economic security that allows Spain to create sustainable growth and confidence in its market. In this context, it is relevant to point out the importance of two relatively recent events that impacted Spain’s national security policy. The first was the hijacking of a fishing vessel, Playa de Baquito, in the Indian Ocean in 2008; and the second was another hijacking, this time in the following year, of the Alakrana, a fishing vessel operating in the Somali shore. These two events posed a serious threat for Spain. However, the government was unable to deploy the Spanish Navy due to the undergoing economic crisis. Because of this, Spain could not manage to fully protect an economic sector of extreme significance for the Spanish national interest2. Its choice was to reinforce its participation in EU and NATO missions in the Aden Gulf, and to allow private maritime security companies to escort the fishing vessels.

In order to prevent situations like those in the Indian Ocean, Spain adopted a dual strategy: on the one hand it allowed private security companies to use “warfare equipment” outside its maritime borders when needed, and on the other hand, it reinforced bilateral support to the most fragile countries of the region. This support intended to provide funds and military-technical cooperation in order to sustain its strategies of economic and political development. By achieving that, Spain expected to create a source of security precisely on its strategic areas, thus avoiding the ordeal of having to repeatedly mobilise its naval fleet. Spain also participated and led the EU’s military mission for Somalia, the so-called Operation Atalanta.

The constant challenges that immigration poses to Spain has led it to consider Africa as a strategic region, as part of the issue is a consequence of security problems in the continent. Northern Africa is the largest concern in this context, particularly the migratory flows present in the western Mediterranean – and considering the peak of immigrants’ arrivals due to the Arab Spring tumults in 2012 and 2013. But the Spanish efforts to reduce the immigration flows, combined with those of the FRONTEX Agency and the EU, turned out to be quite successful: the arrivals to Spain by sea fell around 90% between 2006 and 2013. However, Melilla and Ceuta, the two autonomous Spanish cities in Northern Africa, failed to stop the arrivals’ the way continental Spain did. Naturally then, the great flow of immigrants arriving to these two cities saw an aggressive response from Spanish authorities.

To prevent high immigration flows, Spain also applied the same strategy of that to secure the stability of energy resources aforementioned. The support to political and economic development of the most fragile countries, especially those which constitute the origin of these migratory flows, is intended to control and prevent emigration right where it starts. Although it is true that after joining the European Community, Spain had a migratory policy that met French and German requirements for application; nowadays, the Spanish strategy combines maritime control with active cooperation with countries, such as Senegal and Mauritania, where these flows have their origin (such as easing the offering of visas and jobs). One might even say that Spain is one of the countries with the most sustainable and structured migratory policies in the EU, because it cooperates with the most fragile countries to tackle the problem right where it starts3.

Finally, I would like to propose a topic for debate to fellow scholars of Political Science and International Affairs. It would be interesting to analyze one last perspective of the Spanish approach to the South: the Spanish intention to reinforce its presence abroad in order to counterbalance its internal political weaknesses. Following the movement for more autonomy in Catalonia, Spain faced an internal strife that weakened its apparent political unity of the last decades. Although this is a slow process and with few chances of success, it still represents a potential threat to the integrity of the Spanish State. To reinforce its presence abroad, whether with military presence in Africa, like in Somalia and its efforts for state-building projects, or with the deepening of bilateral ties with countries such as like Algeria, Morocco, Nigeria, Equatorial Guinea or Mauritania, could be seen as a way to project abroad the strength and unity that Spain cannot portray internally. 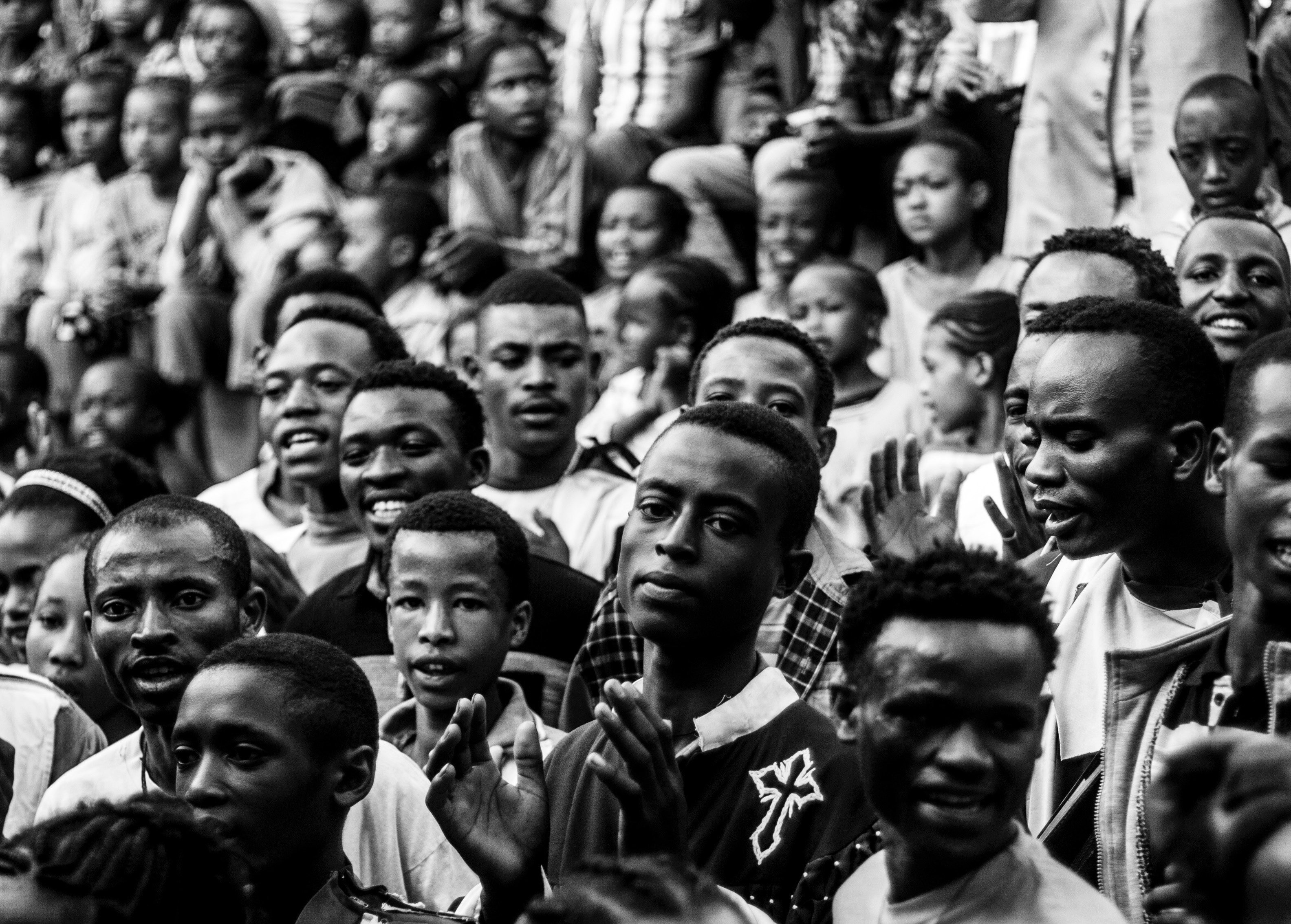 Westernization in Africa: Another Perspective

Written by Denise Quek Zhi XIng In his article “Africa...